Interviews I have given regarding my writing, my craft, and more.

I first learned of Dennis Doty's take on short stories via Jeremy Menefee's blog post. My jaw dropped at the insights contained there. While Dennis was anonymous in Jeremy's post I knew I had to talk to "D" and get some more info. Thankfully, Jeremy was willing to connect me to "D" and Dennis himself was game for an interview. I hope you find as much value here as I did.

When did you start writing, Dennis?

My first published byline was an article in a local newspaper in 1989 followed by another in a local business journal in 1990. After that I didn’t write until I took up fiction in 2004 and honestly didn’t pursue it regularly until the fall of 2015.

With the lure of writing novels, how did you arrive at your approach of learning the craft via short stories? In other words, what was the “A-ha!” moment?

The “A-ha” moment came after I set out on this path, in fact, around the time I started my freelance editing. I started out writing short stories. I never was a believer in starting out with an Iron Man event. I think that it’s best to first learn to swim, ride a bike and run a foot race. Short stories are the means I’ve taken to learn the skills needed in writing a novel. I realized with my freelancing, how many pitfalls in writing I had avoided and how fortunate I had been in having to face the rejection of only a few hours work instead of months or even years.

What makes writing short stories so great for learning?

I like the gratification that comes from a completed story. I think most authors do. With short stories, I get that gratification much sooner and more often than someone who sets out to write a novel, and as I said a moment ago, it tends to make the rejections hurt a little less when you haven’t poured your heart into a story for months or years only to have publishers or agents say, “Not for us, thanks.”
It was only after I had begun to really perfect my craft that I came to realize how fortunate I had been. All stories, whether long or short form require a beginning with a solid hook, a middle with plot and character development, and a satisfying denouement. Several successful writers have mentioned that it takes somewhere around a half-million words to become proficient at the craft. For a novelist, that’s around six books. For a short-story writer, the same word-count will produce around two-hundred stories.
It’s easy to see that our novelist friend will have written six solid hooks, six good plots, and six satisfying endings and it will have taken him roughly three years to do so. A short-story writer, in the same half-million words, will have produced roughly two-hundred stories of magazine length, each with a hook, a body and an ending.
Not only, does the short story writer get more practice on the essentials, but he or she is certainly going to have a much easier time finding beta readers willing to give honest feedback and help him or her improve their art.

Are you a plotter or pantser?

I’m a pantser. With short stories, I often have an idea in my mind of where I want to begin and how the story will end, and sometimes it follows that intended course. When I sat down to write my first novel, all I knew was what kind of a man my MC was, and that he was coming home from war to a world that was forever changed. That story ended up taking turns I didn’t expect and the finished first draft was a hot mess of two stories combined.
I’m just now experimenting with some hybrid forms to see if I can’t write from some kind of an outline for novelette and longer works. I think that’s just another skill I need to develop.

What makes short stories great from a business perspective?

Without getting into the pros and cons of Indie versus Traditional publishing, let’s assume that both the novelist and the short story writer I mentioned before decide to go Indie. Let’s just go with six self-published novels and two-hundred self-published short stories.
Our novelist will put his work on Amazon priced at $14.95 per copy. Our short story writer will likely offer his work at $1.99. Sales won’t be great for either until they have amassed a body of work, but suffice it to say that our short story writer is going to reach that magic number of titles a lot sooner where his backlist begins to sell his front list.
Looking only at sales and profitability, let’s assume that both sell exactly one copy of each title.
Our novelist sells all six titles at list and earns $53.82 after paying twenty percent for printing and another twenty percent for distribution.
Our short story writer sells all two-hundred titles in ebook format only at $1.99 each, and releases four collections with twenty-five stories each at $15.95 in paperback. Selling only one copy of each story and one of each collection, our short story writer will earn twenty percent on his ebooks and sixty percent on his paperback collections for a total of $117.88.
They’ve both written the same number of words over the same length of time, but the short story writer has earned twice as much money for his effort. Additionally, if a title doesn’t sell or is a slow mover, he has significantly reduced his risk because he is more diversified.

Was the business side of short stories an afterthought or calculated in advance?

Totally an afterthought for me, but one that I have blogged about and highly recommend to writers whom I edit or mentor.

Where can we find your stories?

My first published short story was in the anthology, “A Journey of Words” by Scout Media. I currently have a story, “White Buffalo Woman”, appearing in the Spring issue of “Saddlebag Dispatches” and they’ve accepted another for a future issue. Likewise, my story “The Snow Bride” will be appearing in the Summer issue of Cheapjack Pulp.
I’ve posted a couple of stories and essays in my blog and elsewhere on my webpage at www.dennisdotywebsite.com as well as on my author page at www.facebook.com/authordennisdoty1.

How’s your novel coming along? ;-)

As I mentioned, the first novel was somewhat of a hot mess and is temporarily relegated to the rewrite file. I’ll get back to it, but it isn’t a priority right now.
Oghma Creative Media who owns Galway Press the publisher of Saddlebag Dispatches has asked to see any short stories or book proposals I wish to submit. I can’t tell you how good that feels, as well as how validating to my process. After discussing it with them, we agreed that I would stick to my plan to write a minimum of two dozen short stories this year while working on a novel in between.
In addition to the first novel which will eventually evolve into two separate novels with the same main character, I have a Western/Fantasy novel currently around 20,000 words. I’m doing some world-building for it, and there’s a third traditional western which I have three complete chapters done and is going well. I think I can work it in between short stories and have it complete and ready to submit by late fall of this year.


Is there anything you wish I had asked?

In addition to my own writing, I do freelance line editing and proofreading and I co-administer a writing group on Facebook. It’s a small group of less than one-hundred members who are serious about learning the craft and we work hard to mentor them and help improve their writing. One of the ways that we do this is with a regular feature of the group called Friday Flash Fiction Challenge. We give a prompt which may be a title, a theme or a character and they have two weeks to write a story of 750 words or less and submit to the admins. Each submission gets a professional acceptance or rejection letter just like they would in the real world. This helps them get over the fear of rejection which holds so many writers back.

Every story gets feedback from each of the admins. We also select a winner who gets to choose a writing related ebook from a list of titles available on Amazon and a runner-up who gets a free professional edit on their story. We’ve only been doing this for about six months, and already, three of those stories have been accepted for real world publication.

I’m as proud of their achievements as I am of my own – maybe more. If any of your readers are interested in such a group they can feel free to contact me by PM or email from my website.

Thank you for reading! I hope you've enjoyed this first issue of the Hiveword newsletter. Feel free to hit reply and tell me what you think either about this issue or what you'd like to see in the future. 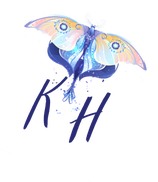 Kari Holloway interviewed me in July 2017.